My first evah Steampunk genre, and it’s veiled with delicioso Regency’s theme. How could I resist? 8D

Consist a mystery elements where we need to think, ‘who’s the culprit?’. And it’s pretty fun actually. At first I thought it’s going to be a very dramatic story as how the victorian styled story usually is.

Out heroine Lucy Pickett, she’s a very smart Botanical aid, so glad at this ‘universe’ the idea of a working woman is not something so despicable. Her work contain/mingled with something to counterpart vampires. YESH, vampires 8D. We have the steampunk’s cool technology, yummy victorian era, and a bloody vampires.

She’s such a lovable strong heroine, and absolutely not the annoying too-curious-too-demanding type haha. She have her own beauty balance and great attitude. How protective she is to her sister-cousin is always such an ‘awww’ moments to read.

She have an enormous wits, that’s for sure. ‘Stalking’ Lord Miles to his hunting hut all alone, choose to walk instead of waiting for help in that crazy ass winter storm. She got what’s needed by our Lord Miles.

The chemistry between her and our Lord Miles Is pretty obvious from the start. But definitely doesn’t feel like that particular insta-love. It’s soo much better than that. It’s pretty obv too that at first these two is attracted to each other, yet they denied it like there’s no tomorrow ww. It’s kinda similar to ‘Stalking Jack the Ripper’ by Kerri Maniscalco, but more like the ‘adult’ version of denial haha. Most of the reason they deny each other is simply because they think it just won’t work for them, or the ‘ego’ type like SJtR , but both of them are very guuhdd ❤

The first dance scene is just soo adorable, we get to see how attracted they’re actually to each other, yet they deny it so hard, I wanna squish something ww and the after-effect of jealousy of Lord Miles, when he saw Arthur danced with her, I feel really bad, and wanna pats his back at the same time..

That moment where the lil sis ghost appear for the first time in front of Lucy, she actually MOVES the bed , like , hell, that ENORMOUS BIG BED, how much power she actually have haha, that’s kinda scary ww actually I thought first, she’ll harm Lucy in someway, but as the story unfolds, we kinda realized she just wants her attention to some specific hints to who’s the real culprit of all tragic things that happened in that manor.

Bloody hell, that piano in the hut moment please.

My heart could not handle that, it’s so beautiful and heart wrenching at the same time geez. The moment when Lord Miles held her, and set an about to cry expression //// geezzz //hugsbothofthem

HOW COULD I RESIST?!

I believe that’s the first time he finally talks the true contents of his heart to her, his anxiety about courting her, and what will other people / society thinks of her.

Our Heroine did really good at finding clues and connecting them. She got some real brain working there. Plus her endless wits when she tried to find that last clue when the party goes on. Daang guurrl, she actually witnessed a vampire killing her victim, I’m so worried that story will get mooar ugly than that, but thankfully Lord Miles and his squad are pretty reliable haha

The last fighting scene between those mortals and the vampire is actually kinda anti-climatic(?) not in a very bad way tho, it’s just, our mortal charas didn’t have any fancy weapons haha, so it lack the thrill of fighting scene i’m secretly looking forward too //suchrandom ww

It means I get to read other books from this series!! It won’t have the same characters maybe, or maybe they’ll somehow connected with the previous books charas, but still, I do hope they’re in the same universe ❤ cause I’m liking the theme so much, it have vampires and victorian touch in it 8D reminds me of Alison Goodman’s The Dark Days Club, that one I’m looking forward for the sequel too! So much great possibilities in this kind of unique world for the sequel ❤ 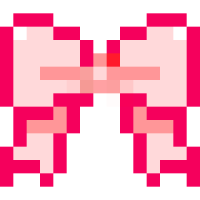 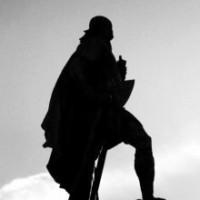 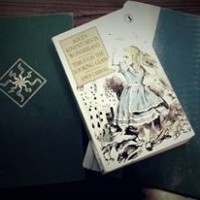 romance is too much for me.

"We are not obsessed. We just need anime and manga in our life."

A Life In London
Otome Adventures

Want to Know if an Entire Book Series is Worth Reading?

Blerd with a Blog and a Love of 2D Boys